Home » Resources » Pride and the Evangelist

Pride and the Evangelist

The sin of pride is an ever-present danger in the life of the evangelist. When the evangelist stands in front of thousands of people to preach about Jesus, the devil looks for an opportunity to sit on his or her shoulder and whisper, “Look at all of these people who are clapping for you.” If the evangelist is not careful, a spirit of pride can destroy ministry. Pride is an insidious sin that creeps up to make you think you are more important than you really are.

Anytime I start thinking I am someone important, I remind myself of the donkey that carried Jesus on Palm Sunday. When that donkey heard the cheers of the crowd and saw them waving palm branches, he must have thought the crowd loved him. But the reason the crowd was cheering was because he was carrying Jesus. Fellow evangelist, I urge you to remember that the crowd loves you because you carry Jesus.

We cannot be full of the Holy Spirit when we are full of ourselves.

One of the early church leaders, St. Augustine said, “Since pride was the root cause of the fall, therefore, humility must be the first Christian discipline.” Evangelist, D.L. Moody said, “Be humble or you will stumble.” Moody also wrote, “We may easily be too big for God to use, but never too small.” If you call yourself great, men will applaud you, but if you stay small in your own eyes, heaven will applaud you.

Proverbs 16:18 says, “Pride goes before destruction, a haughty spirit before a fall.” We see this vividly in the life of King Uzziah in 2 Chronicles 26. He became king at the age of sixteen and, “As long as he sought the Lord, God gave him success.” But, after Uzziah became powerful, his pride led to his downfall. Pride led him to enter the Temple of the Lord to burn incense, a job that was reserved for the priests. Because he decided the rules did not apply to him, he was cursed with leprosy.

Uzziah’s great-grandson, Hezekiah also struggled with pride, but he had the wisdom to repent. 2 Chronicles 32:25-26 reads, “Hezekiah’s heart was proud and he did not respond to the kindness shown him; therefore the Lord’s wrath was on him…Then Hezekiah repented of the pride of his heart…therefore the Lord’s wrath did not come on them during the days of Hezekiah.” So, in every situation, we have the choice to respond with pride or with humility.

Any time the spirit of pride rises up in your life, remember King Jesus ruled by tying a towel around His waist, bowing down on His knees, and washing the feet of His disciples. Ultimately, the evangelist is a servant and there is no place for pride in the heart of a servant. Pastor Rick Warren said, “Humility is not thinking less of yourself, it is thinking of yourself less. Humble people are so focused on serving others, they don’t think of themselves.”

Humility is recognizing God is the source of everything you have and need. Pride turns away from God because it says you do not need Him. Humbleness turns toward God because it says you do need Him. “All of you, clothe yourselves with humility toward one another, because, ‘God opposes the proud but shows favor to the humble.’ Humble yourselves, therefore, under God’s mighty hand, that he may lift you up in due time” (1 Peter 5:5-6).

At a recent Global Network of Evangelists meeting, Scott Dawson defined humility as: “Grace Understood.” If I understand how flawed I am, it makes me grateful that God has used me in the way He has and this births humility in me. Once I saw a picture of a turtle sitting on top of a fence post and next to the fence post was a cowboy saying, “If you see a turtle on a fence post, you know he had some help.” When I start to get prideful, I remind myself I am like that turtle. I am where I am because of God’s help. 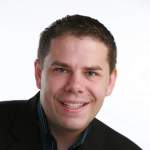