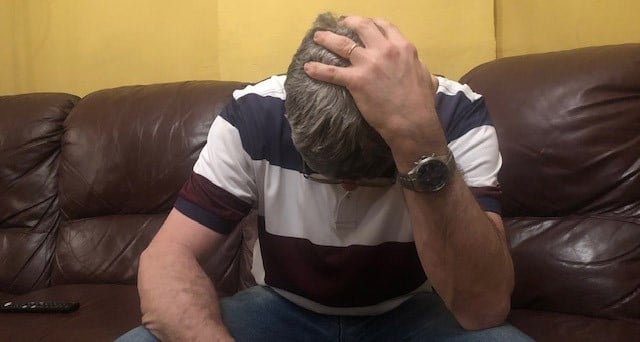 Major on the Main Thing

The delivery man had left my package at the house of someone in our neighborhood so I went to collect it. He was in his garage working on a motorcycle. Some time ago his brother had dropped off a box filled with parts of a classic motorcycle. He searched the internet and found the blueprints for the close to fifty-year-old Honda bike. He ordered some of the missing parts and made those he could not secure. After weeks of work he had it almost rebuilt. He proudly said that the engine was running and I was thoroughly impressed. As I was leaving, my Amazon package under my arm, we stood in front of his house and he made a snarky comment (he seems to enjoy that).

My neighbor had criticized an aspect of U.S. policy and I rose to defend it. One thing led to another and we got to talking about many issues, including ethics. I remember some of his most memorable lines…

When talking about marriage I shared how God’s beautiful plan intended marriage to be for one women, one man, for life. He said “why should it be like that? I love my motorcycle. Why couldn’t I get married to my motorcycle?“

When talking about abortion he quipped “there are already too many people on planet earth. There won’t be enough food in the future. So, if we want to eat, we need some babies to be aborted.“

We talked about race relations, the attack on the Capitol in Washington DC, riots in major US cities, Belgium’s colonial past and the riots in a large city nearby called Liège.

A few minutes later I was back in my living room and it slowly dawned on me that I had blown it, I’d taken the bait and I felt terrible. Worse, I’d neglected to pay attention to one of the witnessing principles I myself teach. I should have known better but, still, I blew it big time.

It slowly dawned on me that I had been fighting the wrong battle. I got sucked into the quick sands of secondary or peripheral issues. I reminded myself that I am not here to defend a US policy or to major on Christian ethics but to share the Good News of the Gospel of Jesus Christ. Yes, Christian ethics are important, but they flow out of the obedience of a changed heart. Salvation doesn’t flow from holding the right views on ethical issues. What’s the point of trying to convince a non-believer of the value of Christian ethics if he isn’t born again?

On top of it I realized God had given me the perfect opportunity to start a spiritual conversation with my neighbor, but I did not identify it. I told the Lord how sorry I was for this blunder and missed opportunity and said: “If the opportunity comes arounds a second time; I’ll do my best to seize it.“
Yesterday afternoon I saw him testing his motorcycle in the woods behind our house. I caught up with him as he was in front of his house revving up the engine.

I went out and complimented him on his work. That cycle is over 50 years old and humming like a bird! After some chit-chat, I tried to re-engage on a spiritual level, saying: “I am so impressed. You even got it running like a charm. I remember what you said about your brother bringing a box of parts over and how you searched the internet to find the blueprint. I’m bowled over by what you were able to do with the right blueprints.” There was some back and forth and then I fired the bullet I’d been polishing for the last two weeks. “Last time we talked about many issues and said some pretty wild things, but a thought came to me later. When you had your box of motorcycle parts you scoured the internet to find the blueprints. Seems to me that you have a box with all the parts for your life and, so far, you’ve forgotten to look for the blueprints.“

He knew where I was headed and quickly fell back to his line of defense. “The Bible, it’s been interpreted every which way and the church has made it say what it has wanted to throughout the ages.” I agreed with him because part of that is true and…we were interrupted.

Still, I know my next move. I’m going to get a nice edition of one of the Gospels and offer it to him so he can read a part of God’s revelation without any church’s filters. Can I trust God to speak to his heart through His word?

Let’s keep in mind that we can wage a battle for a political party, a pressing issue, an important ethical concern and lose the war as we forget to major on the main thing: the life transforming and saving Good News of Jesus Christ!

May God see many come to Him through faith in Jesus as his church faithfully testifies and witnesses around the world during these difficult days! 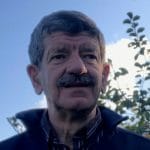 About the Author Daniel Liberek