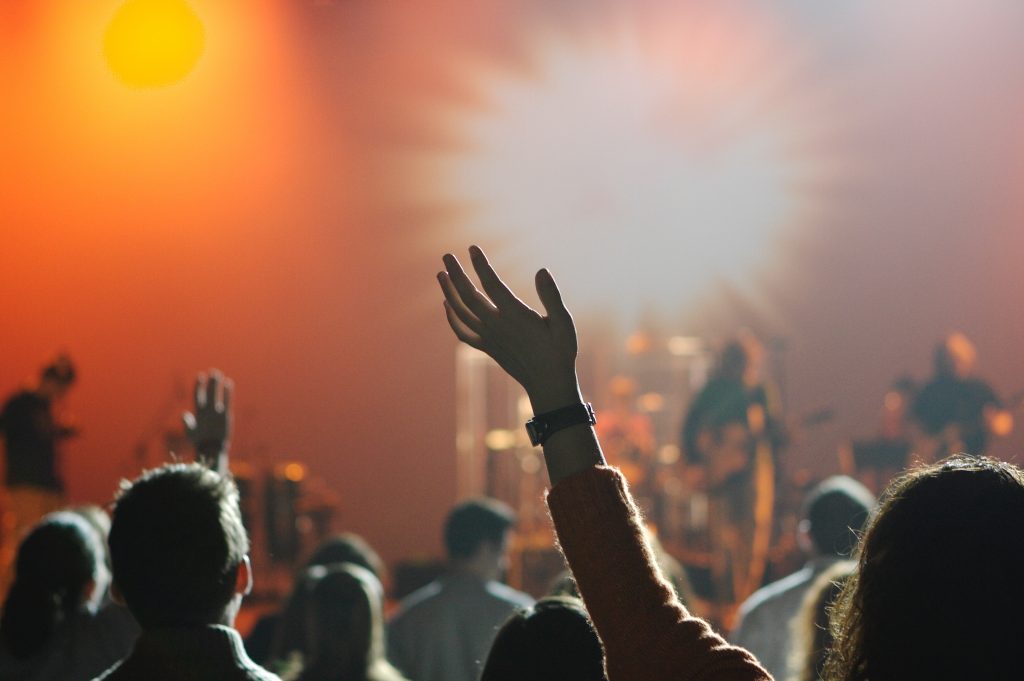 Home » Resources » The Call of the Evangelist

The Call of the Evangelist

In the hustle and bustle of life, there are so many distractions that it is often hard to hear the call of the evangelist. Far too often, the television is on so loud that it drowns out the voices of crying, dying humanity. We are so busy accepting friends on Facebook, we forget there are people ready to accept God. As we sit inside of our churches, the familiar environment sometimes causes us to shut out the voices of the surrounding neighborhoods that need help.

The Call for the Evangelist from Hell – Luke 16

Is hell a real place? Jesus thought it was. Jesus told this vivid story about the horrors of hell. Once there was a rich man who always dressed in the best clothes and feasted everyday on the best foods and wines available. At his front gate there was a beggar named Lazarus who suffered from open sores on his skin. Everyday Lazarus waited by the gate, hoping to be fed with the leftovers from the rich man’s table. His only relief was when the rich man’s dogs came and licked his sores. One day, both the beggar and the rich man died.

The beggar went to heaven. The rich man went to hell. As the rich man was being tormented in the fires of hell, he looked up and saw the beggar in heaven, standing next to Abraham. He shouted to them, “Father Abraham, have mercy on me and send Lazarus to me. Have him dip the tip of his finger in water and touch my tongue, for I am tormented in this flame” (v. 24).

Abraham replied, “Between us there is a great chasm, so that no one can pass from heaven to hell, or from there to here” (v. 26).

Then, the rich man became concerned for his five brothers who were still living. He begged Abraham, “I beg you therefore, father, that you would send Lazarus to my father’s house, for I have five brothers, that he might testify to them, and prevent them from coming to this place of torment” (v. 27).

Abraham refused the rich man’s request, saying, “If your brothers have not heeded the words of Moses and the prophets, then they will not listen to Lazarus, even if he comes back from the dead” (v. 31).

In this story, we find a soul winning call from the pits of hell. If we could hear the voices of people who have gone to hell, they would shout with all their might, “Don’t come here!” Some theologians have dismissed this vision of hell by saying it is nothing but a parable. It is not a parable; it is a horror story about a reality that lies just beyond death’s door. In every parable which Jesus told, the characters have no names, but in this story Jesus tells us the names of the people in the story. They are real people with real names engaging in real dialogue.

Other theologians have tried to soften the threat of hell by saying that hell is simply a state of nothingness, but for this rich man, hell is a genuinely horrible place. This man has his senses, his memory, and his reason. He is thirsty, he is in torment, he can think, and he is concerned about his family members who are still alive.

Our society often says that hell is one big party, a place for old friends to get drunk together for all of eternity. But according to Jesus, hell is not a party; it is torment. This man suffers from such agonizing thirst that he begs for just a drop of water to be placed on his tongue.

In this horror story, we hear a soul winning call from hell. The rich man is begging for someone to go tell his family that hell is a real place. If the dead could speak, they would warn us of the dangers of hell.

If the church really had a revelation about the reality of hell, it would light a fire under us to be evangelists. If you spent just ten seconds in hell, how motivated would you be to rescue people from such a horrible fate? Ten seconds in hell would provide enough motivation for ten thousand years’ worth of soul winning efforts.

The Call for the Evangelist from the Heathen – Acts 16

Paul was continually on the move looking for a place to preach the Gospel. In the sixteenth chapter of Acts we find him traveling through Phrygia and the region of Galatia. Paul tries to go preach in Asia, but the Holy Spirit stops him. Then, Paul attempts to go into Bithynia and again, Jesus tells him not to preach in that area. So Paul passes by the city of Mysia and travels to Troas.

In the city of Troas, Paul sees a remarkable vision. In the middle of the night, Paul has a dream of a man from Macedonia. How did Paul know he was from Macedonia? Perhaps the man was dressed in the clothes of Macedonia or perhaps he had a Macedonian accent.

The man in the vision begs Paul and pleads with him, “Please, come over to Macedonia and help us” (v. 9).

Paul decides to answer the call for help. He travels to Philippi, which was the largest city in Macedonia. When he arrives, he casts a demon out of a slave girl and is thrown into jail. God miraculously sets him free from jail, and the jailer and his whole family get saved. In that city, a church was started and later Paul wrote the letter of Philippians to encourage them.

No one had ever ministered in Macedonia before. They had never heard the Gospel. So, the man in Paul’s vision was a heathen and his cry for help is a soul winning call from the Heathen.

A heathen is any person who does not know Jesus. It may not be politically correct to call someone a heathen, but if you are not saved, then you are a heathen. Just like the Macedonian man, there are many people today who are crying out to God for help.

People are crying out for help and no one is listening. If an airplane were hijacked with two hundred people on board, the entire world would hear about it on the news. But today, millions of people are held in captivity by the devil, and almost no one in the body of Christ is listening to their silent scream for help.

Marriages are falling apart. Bodies are sick. Teenage children are rebellious.  People are addicted to drugs, alcohol, gambling, and sex. Masses live in poverty with no food to eat. Millions live in spiritual darkness, held captive by the lies of useless religion. These heathen are crying out for help. Will anyone answer their cry? If you and I don’t answer the call of the heathen, then lost people all over the world will never hear about Jesus.

The Call for the Evangelist from Heaven – Mark 16

Our Heavenly Father has a message for us. If we could drown out all the voices of daily life that compete for our attention and listen closely, we would hear God’s voice echoing again and again one message. The message that is reverberating throughout heaven is “People need Jesus.”

Between His resurrection and His ascension, Jesus had one thought on His mind. Over and over again, He commanded His disciples to be soul winners. “And He said to them, “Go into all the world and preach the gospel to every creature” (Mark 16:15).

The timetable for His return rests in our hands. Jesus said, “…this gospel of the kingdom will be preached in all the world as a witness to all the nations, and then the end will come” (Matthew 24:14 NKJV). Christians often want to leave the earth. God wants Christians to change the earth.

The heart cry of heaven is for souls. If we could listen to the voices of heaven they would be saying, “Lead people to Jesus,” “Reach the lost,” “Be a soul winner,” “The harvest is ripe,” and “Bring as many people with you to heaven as you possibly can.”

Jesus has prepared a beautiful home in heaven for every person who receives salvation. Jesus said, “In My Father’s house are many mansions; if it were not so, I would have told you. I go to prepare a place for you. And if I go and prepare a place for you, I will come again and receive you to Myself; that where I am, there you may be also” (John 14:2-3). But, in order to go to heaven, people must be prepared. Heaven is a prepared place for prepared people.

There will be an eternity to rejoice, but we only have a short time here on earth to bring in a harvest of souls.

Will you answer heaven’s call? 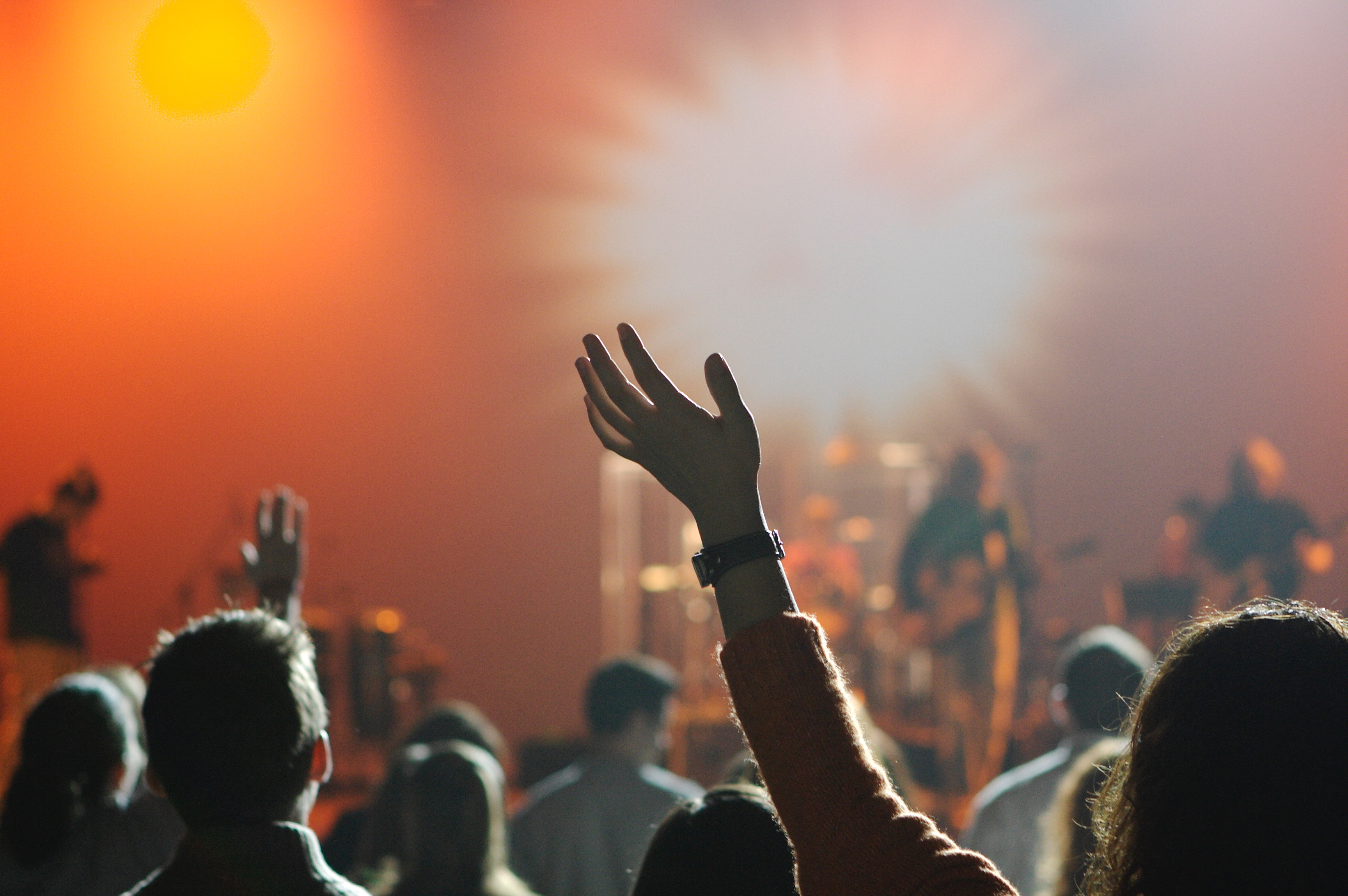