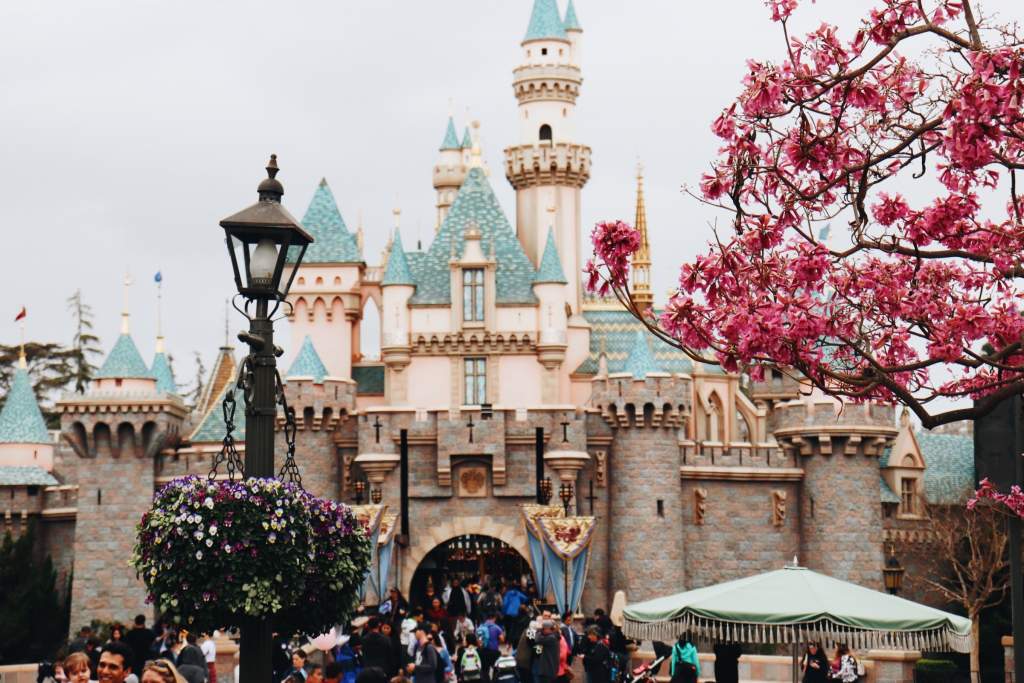 Many of life’s blazing accomplishments begin with only a small spark of an idea or a dream. Just as an apple seed starts as a small thing in size, it has inside of it all the potential to reproduce a vibrant new tree. At the core of any well-formed dream is the faith to achieve a great and magnificent thing. The soundtrack from one of Walt Disney World’s theme park rides exclaims,

“One little spark, of inspiration

Is at the heart, of all creation.

Right at the start, of everything that’s new.

One little spark, lights up for you.”

In reflection of the small beginnings of the entertainment empire that he had championed, Walt Disney stated, “I only hope that we don’t lose sight of one thing – that it was all started by a mouse.” However, the truth was that it had not “all” started with a mouse. Walt Disney actually experienced a few business failures before he locked into the success of Mickey Mouse.

Although some of his starts turned out to be stops, Disney did not fall into discouragement from failure. He knew that starting small was not an issue, as long as he dreamed well and believed in his idea. A more realistic statement of Walt Disney’s success could have been said, “It all started with a well-nurtured dream.”

During Walt’s formative years, his family lived on a farm in Marceline, Missouri. On the farm the future animator and entrepreneur experienced an agrarian planting and harvesting way of life. This lifestyle would affect his perspective of the world for everything he did forward. Walt learned that dreams were like small seeds planted with an intention of bearing a bountiful harvest.

Anyone who has ever planted a seed, whether it was in a Styrofoam cup on a windowsill or in a furrow of a family garden, knows that what you plant is what you get. Corn seeds grow stalks of corn. Pumpkin seeds grow vines yielding pumpkins. And rutabaga seeds, they grow…well…rutabagas. Just like seeds, the thoughts and the dreams which you allow to be planted in your mind, are those that are propagated and grow in your life.

Reaching your greatest potential in life and ministry is directly related to being proactive in planting good seeds of thought. If you spend time pursuing negative thoughts like complaints or gripes, why then should you expect your dreams to be successful. While a seed might be small, it will produce all the same, if planted well.

Walt Disney gave insight to his process of positive thought planting when he once said, “First, think. Second, dream. Third, believe. And finally, dare.” Considering this quote, with the knowledge that Walt often saw the world through the eyes of a farm boy, let’s look at how we can apply these principles to your ability to achieve your dreams by starting small and dreaming well in ministry and in life.

Think first with the purpose in creating fertile ground for your dreams. The powerful thing about the mind is that no thought has the power to be permanently planted without your permission. Your mind is the product of what you have permitted. This is why you must keep a check on your thought process and that which you allow yourself to dream.

Have you ever heard the term “Stinkin’ Thinkin’?” Stinking thoughts are actually toxic to achieving dreams. Toxic thoughts are thoughts that are poisonous to your potential. Just like weeds in a garden, toxic thoughts must be uprooted from the mind. Make certain that the thoughts you plant in your mind are a healthy environment in which to grow your dreams.

Allow yourself to dream with an expectation of growth. Dreams are your blueprint and you are the architect of the future. God has given you the power of choice and the power to create. Dreaming is true unbounded freedom to unleash excellence, unity, harmony, and success.

The mind cannot be allowed to wander aimlessly, as this has no positive productivity. If you want to develop a success generating mentality you have to learn how to focus your mind. The mind is always working, but you have the power to determine what resides in your mind.

What you plant will always determine what you produce. Once a thought is planted firmly in your mind and you dwell on it, that thought begins to create a path in your life. This is why when beginning to dream you must do well to fill your mind with those thought seeds that are “good and that deserve praise: things that are true, noble, right, pure, lovely, and honorable.”

Belief in our God-inspired dreams is like water and sunlight to a seedling. Without it, there is nothing but withering and death. Belief awakens your dreams to their greater potential. There is God-given power in you having pure, prayerful dreams and believing in their success. Matthew recorded Jesus’ own words when he wrote “And all things, as many as you might ask in prayer, believing, you will receive.”

Belief in today’s dreams are tomorrow’s promises of possibility. Dreaming and believing is a high calling that you have been given by God himself; and who are you not to make it into something better.

In dreaming and believing, you are actually magnifying God. When you truly believe in your dreams you are able to break through the barriers standing between you and your goal.

Dare is a funny little word. It can mean to defy or to challenge. However, it is also defined as having the courage to do something, to venture or to try. In determining to do something big, by starting with something small, then believing that it can and will be accomplished, well now that is quite daring.

God intends for you to be daring in the dreams that he gives you. So strong is his intent, that his word is full of promises to encourage you to do so. How can you go wrong when God says, “I know the plans I have for you, declares the Lord, plans to prosper you and not to harm you, to give you a future and a hope” (Jeremiah 29:11 NIV) and “The Lord himself goes before you and will be with you; he will never leave you nor forsake you. Do not be afraid; do not be discouraged ” (Deuteronomy 31:8), and “Take delight in the Lord, and he will give you the desires (dreams) of your heart” (Psalm 37:4).

What is God saying to you through these promises? He is saying, “I’ve Got This!” If you will merely focus on him, listen, and study his word – he has everything in place for us to have a strong mind, prosperity, strength, courage, determination, all the while divulging to us his secrets in how to succeed.

Later in Walt Disney’s career he was asked how his company kept up with new innovations and ideas. His answer was classic Disney. He said, “Around here, however, we don’t look backwards for very long. We keep moving forward, opening up new doors and doing new things, because we’re curious…and curiosity keeps leading us down new paths.”

For me this is inspiration to Dream Well even if it begins with a Small Start. You should be excited to ponder new ideas because God is no respecter of persons. The creator who gave dreams to Thomas Edison, Orville and Wilber Wright, Andrew Carnegie, and Walt Disney is the one who said to you “Call unto me, and I will answer you, and show you great and mighty things, which you know not” (Jeremiah 33:3).

Regardless of what new idea is causing your mind to ignite and your pulse to race, irrespective of how small or large your idea or passion is, it’s time to THINK, DREAM, BELIEVE, and DARE to accomplish that which has already been established by God for a bountiful harvest.

About the Author Scott Brown

As the Directors of Church Relationship and Recruitment, Scott and Dawn foster cohesive relationships between Globe missionaries, partnering churches and like-minded organizations for greater ministry opportunities, creative resourcing, and strategic training. Scott also functions as an emissary for Globe and Globe missionaries, advocating for strategic global training, sending, and serving of Globe members. Scott and Dawn have been associated with Globe International for most of their adult lives. Scott served as Globe's Office Manager from 2006 to 2009. Previously he served as the Executive Director for Dick Reuben Evangelistic Association, as the Dean of Students for the Brownsville Revival School of Ministry, and as the Missions Pastor for Liberty Church. Scott founded the Mordecai Brown Legacy Foundation in 2003, which he later brought to Globe International as a strategic sports ministry outreach.Scott is a published author and an award-winning documentarian.
Contact