We live in a day and age when the Gospel is needed perhaps more now than ever before. The world population is booming. There are well over 7 billion people in the world today, and we have a mandate to get the message of Jesus to them.

Until Jesus returns, there will continue to be a place for sharing the Gospel with crowds through proclamation evangelism. However, what if the crowds aren’t always large?

Four years ago, I started the HowToLife Movement — a movement of teenagers preaching the Good New of Jesus to their peers, at events where the only people allowed on stage are teenagers. The method involves local young people who love Jesus sharing their stories about the difference God has made in their lives. At every event, we always end with a clear presentation of the Gospel and provide an opportunity for people to publicly respond. It’s amazing to watch the many young people we’ve trained share the Gospel for the first time on stage.

In four years, HowToLife Movement hosted 41 events, which were facilitated exclusively by teenagers in 14 states across the U.S., in the U.K., and Germany! The very first event had a great turnout of 750 teens who attended and over 75 who made a commitment to follow Christ! This event had an incredible impact on my community.

In proclamation evangelism, I understand the preference of having a big crowd over a smaller one. It comes from the desire to be an effective evangelist and a bigger desire to rescue as many people as possible. From my experience, I’ve noticed that a bigger crowd has more energy and enthusiasm to bring to an outreach event, which has helped bring the spirit of excitement for people to follow Jesus!

Even though a bigger crowd is generally preferred, I’d rather have a smaller crowd with a high percentage of lost people, than a stadium full of people already going to heaven. The idea of “bring a friend” to an outreach event is as significant as ever. The key is to mobilize believers in a community to really own the idea of populating the outreach event with lost people they know.

But even after all the planning, promoting, and inviting- what happens when the crowds are small?

I recall one of our early HowToLife events, it was one of the smallest crowds ever. It was also the first time no one came forward during the Gospel invitation. Personally, I was disheartened. But I knew I couldn’t let my disappointment show, especially to those who had worked so hard to put this event together. When the event was over, I realized it was my job to help everyone involved with the event to identify “the wins.”

That night, we did something we never did before. I asked the entire leadership team to join me on the platform. We made a big circle and had a time of “debriefing” together.

Together, we reflected and identified “wins” that may not have been instantly recognizable. We also realized God had moved in the hearts of the leaders as they developed a new boldness in their walk with Jesus. We saw Christian young people get serious about their sin and publicly repented. It was evident God used our event to bring glory to His name. By the time we were done debriefing, we all were giving each other high-fives and praising God for showing up, even if we weren’t aware of it in the moment.

I realized even with the smallest crowds, God will still show up, and just because the response to the Gospel wasn’t evident, doesn’t mean people didn’t receive Jesus into their hearts.

Now, every HowToLife event finishes with the “debriefing” huddle on the stage. My eyes have been opened to look for all the different ways there was impact and individual “wins.” And guess what? They are always there!

If you are discouraged, take a moment to come up with a list of “wins.” Get very good at making a big deal of every win, and celebrate those wins with others around you– your team, volunteers who work with you, and the donors who pray and support what you do. We often forget to take our disappointment and grow and learn from the experience so we can do better in the future!

We must pray, work hard, and do our very best to make the most of these opportunities God has entrusted to us. But we also have to release, let go of the control, and allow God to be God. From there, we can rejoice in the fact that we don’t have to do anything to manipulate the spirit of God, He is always there, and He is active and moving in and through His people. 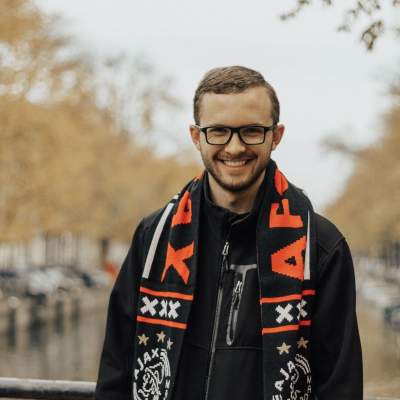 About the Author Jordan Whitmer

As a member of Generation ?Z?, Jordan is uniquely positioned to impact his Generation with the Gospel. Jordan has grown up in a multi-generational ministry family. He is a graduate of Liberty University, with a Bachelor?s in Religion: Biblical and Theological Studies, and is an ordained reverend. As a frequent speaker at churches and conferences, Whitmer challenges both young people and adults to join Jesus in fulfilling His Great Commission. He has been the subject of numerous local and national media appearances for radio, television, and print. Jordan is passionate about mobilizing student leaders around the world to impact their generation for Christ. He travels frequently, and can often be seen at Starbucks mentoring and encouraging young people to boldly lead for Jesus.
Contact