Home » Resources » Don’t Underestimate Them: The Power of Reaching Youth

Don’t Underestimate Them: The Power of Reaching Youth

September 30th, 2015 began like many other days in my office.

Emails, phone calls, calendar invites, more emails. It was a day that seemed ordinary and insignificant, but was drastically changed as shots rang out in a high school less than a mile from where I now live.

Soon after finding out her son was all right, a mother began asking me the all-too familiar question: “What are we going to do about this?” That question echoes in my mind still to this day…

It is our job as the Church to reach the youth.

That day, God laid on our hearts at Lifelight the Z8 Initiative. It’s an initiative to awaken a world-changing movement to make Jesus known. Those born after 1995 are known as Generation Z, and they mostly make up the middle and high schoolers of our nation.

One thing I have learned from them is when we as evangelists put aside the temptation to entertain and simply become transparent and let the Truth of the Gospel ring out, they will listen. The reality is this – they can tell the difference between entertainment and transparency within 8 seconds. They have all kinds of entertainment at their fingertips, but Truth is worth their time.

If we are to reach this generation, we have to take heed to the words of Paul:

“And I, when I came to you, brothers, did not come proclaiming to you the testimony of God with lofty speech or wisdom. For I decided to know nothing among you except Jesus Christ and Him crucified.”

If you want the next generation to put down their phones and hear what you have to say, simply speak the Gospel and be transparent with what God has done in your life. Anything less or anything more, and we risk faith being invested in the words of man and not the power of God.

Placing Truth in the hands of Generation Z allows them to step up. And when we have reached the youth of our nation, we will see culture change in our time. 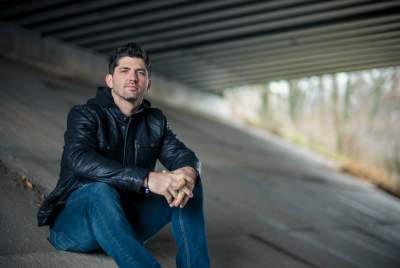 About the Author Josh Brewer

With a willingness to be open and honest about his own testimony of the redemptive power and love of Jesus Christ, Josh speaks with refreshing transparency that is especially relevant to youth and young adults. He shows through his life and words that what the Bible says in this verse is true.
Contact